There’s a dogwalker who comes to my building often. He’s not young, his face is lined and his coarse dark brown hair, sprinkled with silver, is thick and braided in dreads that hang down to his waist. We stop and say hello, but the other morning we stood and spoke for a bit longer. I’ve seen him in and around the neighborhood, always with at least three dogs for close to three decades now.

As we talk, the three dogs—mutts and breeds, stood or sat, still as statures, looking up longingly at Robbie. Awaiting his next move, which happened rather quickly; the four of them were soon off, heads down (not Robbie’s) sniffing (again, not Robbie) and gone.

I want to write about dogs because they are the most beautiful and heartbreaking creatures our world has ever known.

My husband and I have had three dogs  As a boy, I had “Blackie”, a cocker-spaniel mix. I remember revealing my teenage angst to Blackie as we sat on the blue carpeted steps that led up to the bedrooms in our small Brooklyn house in Bensonhurst. Blackie was the type of dog—not neutered in the 1950s, seems it was not quite the style of the times, or maybe there just weren’t too many of them out there as there are now—who would be let out on is own by the back door and roam the streets, day and night, and then would scratch on same door when he wanted back in. Sometime, days later. “Stinking to high heaven,” as my mother would remark.

One morning on the front porch, me and my Mom and my dog were sitting watching the traffic go by. An African American of indeterminate age walked by, in worn slippers and a filthy coat holding a small brown bag of what must have been booze, but I was too young to make that distinction.

As he passed, Blackie started barking. And barking. Louder and meaner, his back reared up, his black fluffy tail totally horizontal.

“What you barking at? You blacker than me!” he shouted up to the dog. 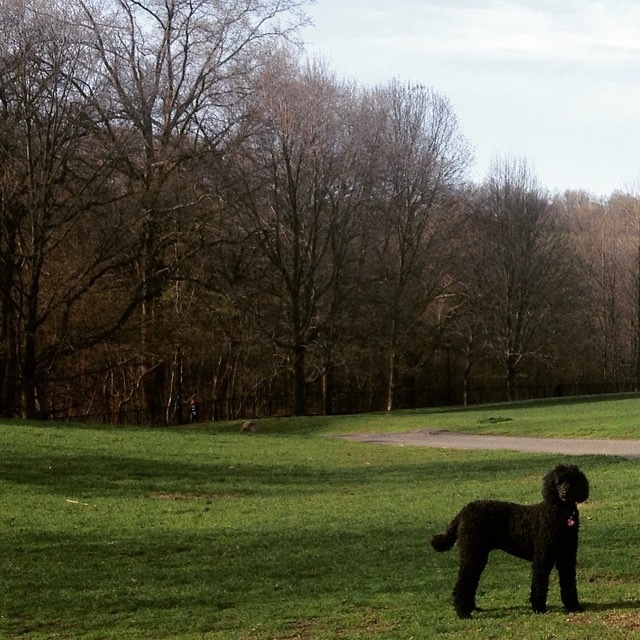 Years later, there was Archie, a rescue terrier mix from the cleverly acronymed ARF—Animal Rescue Fund., founded in the Hamptons. And a few years after that, we got Freeda, a foxy, indifferent, wire-haired fox terrier who joined our family of four.

With dogs, when you get more than one, as we waited three years after Archie for Freeda, the wire-hair was completely in love with her older brother, while the original dog was completely in thrall with David and me. (Jealousies abound in familial households.)

They died a day apart; they both had to be put down. Freeda developed kidney problems and as she deteriorated, we had to choose that fatal date. And then, the week before she was to be put down, Archie fell ill—threw up constantly, then diagnosed with a tumor half the size of him. He had to be put down, as well. It was the Friday and the Saturday after Thanksgiving, one after the other, in the year 2000. I reconciled those two days of hell to the spirituality of it all. Like the long-married couples you hear about—when one spouse goes, the other spouse quickly follows.

A third dog came—a couple of months later, the most joyous of the bunch of them, an Italian water dog, fond of paté and rosé wine. A canine connoisseur, frisky, fabulous, with curly brown and white hair (they call that particular brown: liver) haunting green eyes, and a snout like a pig’s. His job, like a pig’s, was to hunt truffles in Italy. He couldn’t find a one in New York unless we took him to Dean & DeLuca.

Puccini, his name, developed diabetes from all the, yes, even sweets we gave him against our vet’s wishes. But he was so insistent, the dog, and so determined to get what we were eating—we killed him with what we though was kindness. Anyway, we spoiled him to death.

He had a year of insulin injections lost a ton of weight, then, somewhat too late, only got his gooey, pungent Science Diet dog food. But he had his time. And he seemed to know it was ending.

Overindulged. Overloved. But no less and probably much more love showered on us his way. 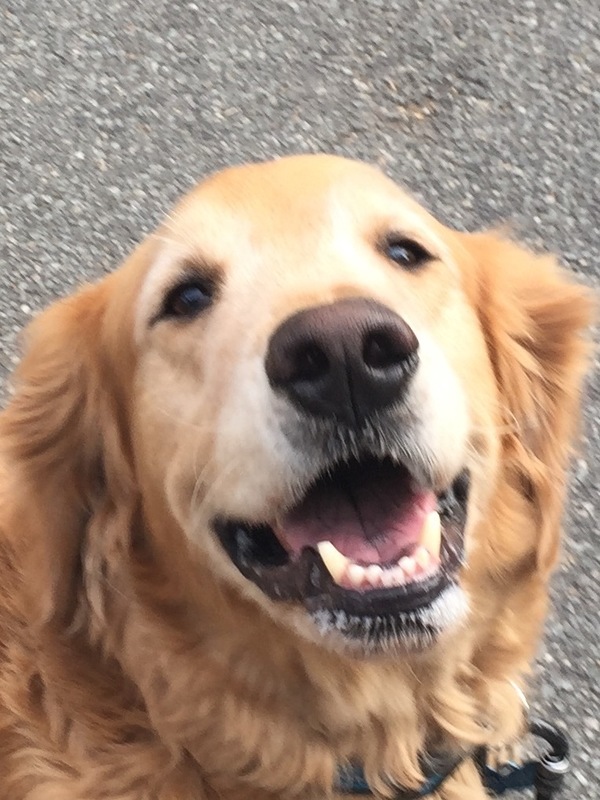 Unlike Blackie, Puccini, 50 years later in my life, never left our sight. Until he died, peacefully, on his own, one April morning in our bedroom, the floor dotted with pools of blood, at eight and a half years old.

I am dog-less currently. I feel a bit too old to be up at 5 AM for a mid-winter walk. We travel more now and the idea of a dog in a kennel, waiting morosely and wondering why the abandonment? just wrecks me. Instead, without a dog of my own, I often kneel down on city streets to what seems like a happy, friendly dog (most dogs are) and ask the owner if I can pet the animal, and when the answer is yes, and it is often yes, I turn into a mush and start stroking and talking the most insane form of language. Language I only use for dogs. 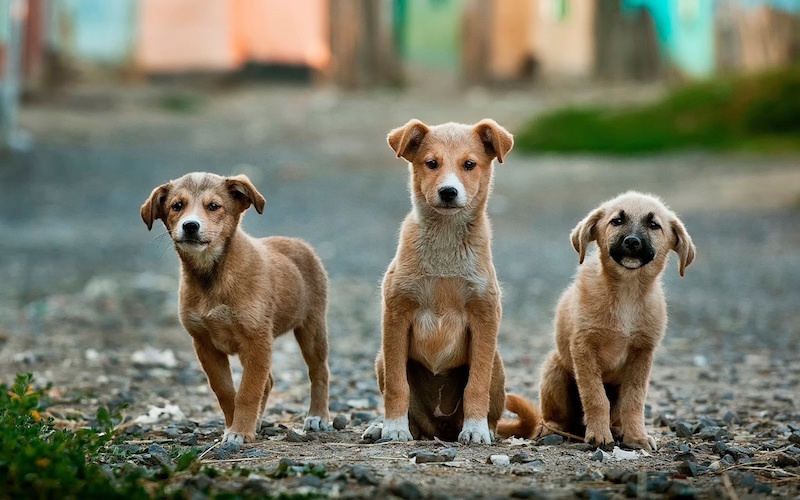 They get me. I can tell by their licks and the steadfast looks in their eyes, the panting, the tail wagging. Funny how dogs look right at you…practically through you.

There are plenty of dogs in our building. To name a couple: there’s a white standard poodle, that leaps in the elevator higher than your head. And also a small black poodle mix that his owners took to Seattle for brain surgery. That dog’s jet black hair suddenly turned white above where the surgery took place. He went from Austin to Cruella DeVille and lasted another three years.

Dogs often bring tears to my eyes. For no reason whatsoever. Or, these reasons: their gentleness, their nobility, their drop-dead devotion. Their warmth, physical and otherwise, their hardly-needs: some food, a toy, a shoe to chew on when they’re young.

But the other day, the tears really flowed on the subway as I encountered a blind man, a young, handsome man, wearing sunglasses and a wedding band, who entered with a German Shepherd, connected to him by a short, tight harness. The man edged into a seat by first finding a pole, and the dog settled directly underneath the plastic seat, so close that the man had to hold the harness in front of him and down to make sure the dog was comfortable, laying down on the subway floor.

The dog sniffed and licked that floor, while his ears were pricked up to any sort of comment or movement from its owner. The owner stroked and scratched the space between the dog’s ears. The dog panted, closed his eyes all in a sort of ecstasy.

At one point, the dog looked at me sitting directly opposite them. Hard to describe that look—if I could use my imagination and envision thought bubbles over the Shepherd’s head, they would read: “why wasn’t that guy wearing glasses?” Or,  “Where’s his dog?” Or, maybe if he were more the intellectual-type dog: “What are the obstacles in your life that aren’t as apparent as my master’s?”

We all got off at the same stop, the dog on the platform unsure, but wisely not looking up at his owner for guidance. The platform was crowded.

I gently touched the man's elbow and asked: “May I help?”

The dog looked straight up at me again with what seemed to be a smile.

I walked him to that stairwell and the dog took over from there. I stood there watching them descend. What would be their next negotiation?

The dog didn’t look back up at me. The dog was doing his duty.

And what of the dog?

And what of the dogs that snuggle in blankets on streets edged up against homeless people?

What of dogs who always sniff other dogs’ butts and muzzles and dogs who howl against the noon siren, or wait by the door with the sense that are you are just about to arrive home?

What of dogs that rest their heads on your shoulder, looking, once again, straight into your eyes before their eyes start slowly closing?

And we are so lucky to be living in it with them. 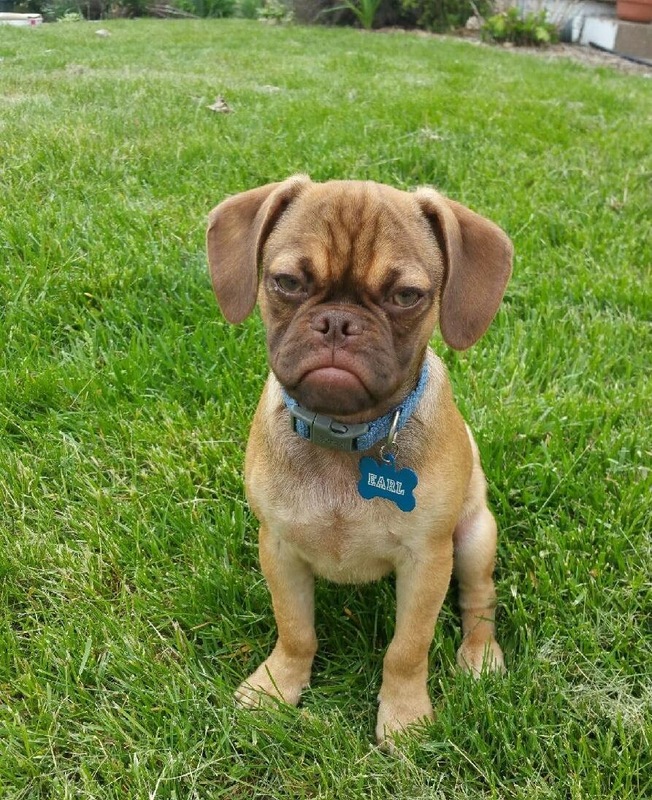 Losing My Shirts--along with my mind.

The expression: losing my shirt, tends to mean losing money, like on a deal gone bad, a...