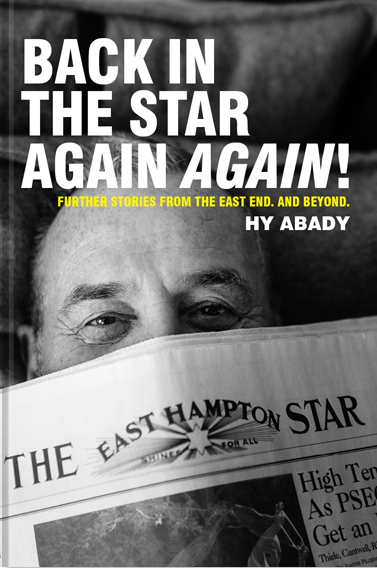 FURTHER STORIES FROM THE EAST END. AND BEYOND.

As you’ve read on, I have written on. The sequel, hence the ‘Again Again! in the title of the book has to do with eight more recent pieces in the Star (2010 – 2015) since the original book was published. A bit more broad-based and further reaching from the Hamptons, it deals with retirement (mine) a crazy scaffold story (my building, over five years) a noisy night at the theatre, scary plane rides, every celebrity I have seen over 35 years on the East End, and, well…you’ll just have to read on!

An Excerpt from the Book

There are strangers lounging around by my pool! A couple, a married couple, strangers, the man, apparently heterosexual, cavorting around in a sarong! They are smiling, drinking rose wine, and sweltering in July's recent 90-degree-plus heat. What are they doing in my gorgeous--if as my pool guy referred to it--peanut pool? (It's tiny, but chic.) Oh, wait a sec. The pool is theirs. As is the house. My house has been sold.

What People are Saying About

“On my Facebook page, I list only two books as favorites: Ayn Rand’s “The Fountainhead” and Hy Abady’s “Back In the Star Again.” Hy’s book is a helluva lot funnier!”

“Talk about a life as an open book! I admire the brutal honesty, the quirky, giggly quality of Mr. Abady’s fearless writing. He dishes on celebrities, riffs on Hampton locals versus entitled New Yorkers, carries on about how Montauk has exploded, but the person who comes off as the most self-effacing is Mr. Abady himself. He puts the ‘fun’ in making fun of himself.”

“Spend time with Mr. Abady on a plane, in the theatre, as a bumbling salesman in an Amagansett shop during a retirement phase. Learn about an advertising career that lasted decades and how he was fired and out in a day. Read a short story a night as you leave the book by your bedside. You’ll fall asleep smiling.” 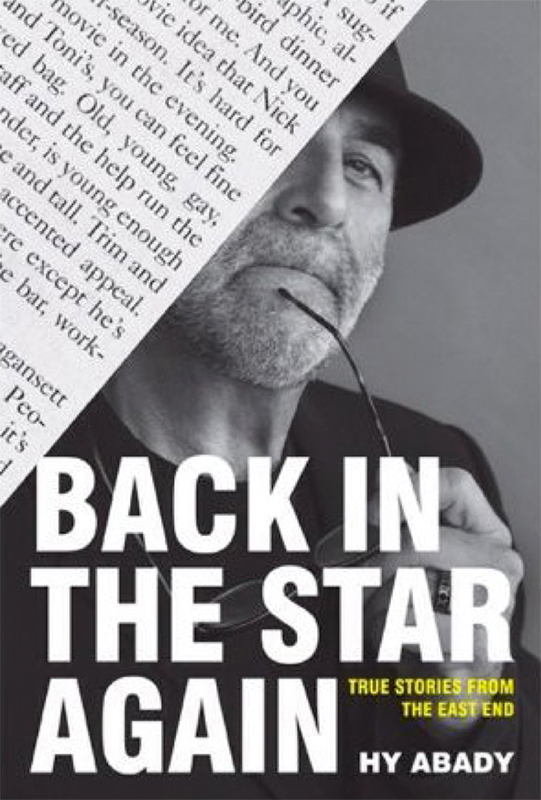 Check out my other book

BACK IN THE STAR AGAIN

TRUE STORIES FROM THE EAST END.

My first book. And how proud am I! The stories in the book hail from 1986, when I had a blind date with Andy Warhol, to the title story, written in 2009, which has all to do with my thrill of being a published writer. In between, are pieces about Renee Zellweger, Nora Ephron, the fight I had with my pool guy, and all things Hamptons and not. The dog pieces are especially poignant, and there is a longish piece about my 44-year advertising career.